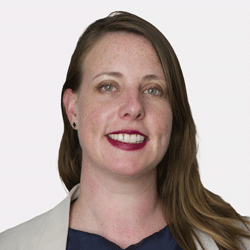 MediaCom, a global leader in marketing and advertising based in London, had never had a Chief Technology Officer before Nadine Thomson took the role in the fall of 2019. “It was a big acknowledgement by the organization of the growing importance of technology,” she explains, “but it was also a challenge to come in and establish what my role does and how I can help.”

Thomson brought a wealth of experience and an ambitious agenda to the table. “I came in with a clear technology strategy that incorporated data-driven, tech-first ways of working,” she says. “We are a media advertising firm working with some really cool clients, and we needed to create new products and great data for decision-making in a very complex environment.”

Executing a strategic vision is rarely as simple as it looks on paper. When Thomson evaluated the organization she inherited at MediaCom, she discovered a technology team stretched thin with capability gaps and a business that had lost some of its trust in technology. These constraints would challenge any leader, but within months, Thomson also faced a pandemic that restricted her ability to add fresh talent.

So much of modern technology is about people.”

“I know that it can feel almost like a trope, but it’s incredibly true,” Thomson says. “There had been a leadership gap, so we were lacking in direction. The team didn’t have a strong purpose. It was regionally siloed with missing capabilities.”

Yet what started as a series of roadblocks became a source of organizational strength in less than a year. Thomson is careful not to take too much credit or claim “Mission Accomplished,” but through diligence, she and her team were able to bolster a lagging culture in both technology and across the enterprise; upskill critical capabilities; and deliver key business outcomes that would have once been impossible.

“Whenever I come into a new team, I will meet with as many of the staff as I can, one-on-one,” says Thomson, who emphasizes the importance for leaders of understanding context before drawing conclusions or making recommendations. She meets with stakeholders at all levels of the organization, from senior leadership to very junior people.

When meeting with staff throughout the technology team, “I ask them things like ‘What do you like most? What needs to change? What should I stay away from and never change?’ The answers can be very enlightening; they reveal trends and point toward possible problems.”

These conversations illuminated a breakdown in the way peers across the business experienced technology. “I discovered an organizational lack of trust in our team,” says Thomson, “that stemmed from a lack of understanding of what we did. The focus in the past had been more on infrastructure than products, so they didn’t fully understand the role we could play.”

This lack of clarity across the business was amplified by a lack of vision for the technology team. “I’ve always appreciated that a sense of purpose is important, but this experience has underlined how critical that is,” Thomson reflects. “Rallying people to the idea that we exist to do important things for the business creates a sense of pride. That’s why they came to the company, why I came to the company. But I saw that some of that pride was missing.”

The structural complexities of a global organization like MediaCom also exposed some talent gaps on her team. “We had grown extensively through acquisition into more than 100 countries,” Thomson explains. “There were different planning systems, different optimization systems, different media management systems, with integration in some areas but not others.” Her team had to focus on platforms and data-delivery in this ecosystem, but they were deficient in areas like project-management and architecture.

In addition to the cultural issues, Thomson says, “Some exhaustion had set in amongst the team.”

Thomson knew she had to repair perception and morale across the organization. “I did that through a lot of open and honest conversations with both the technology team and the business,” she says. “It’s so important to give the team something to pull behind, but it also gives the business a clear sense of, ‘Okay, that’s what she’s going to do.’ I explained to both sides how I want us to be the agency of the future and how technology underpins this.”

Setting the vision required specificity. “I told them that we were going to build products that drive revenue and client growth; we’re going to work on data products to make sure you’re getting the right information at the right time to make good decisions,” says Thomson.

Communication was essential to deliver on these promises, and Thomson took a systematic approach. “With the business, I created newsletters, and we built a website to show the business what services the team could offer, shared case studies, and provided news updates on what our team was working on.” She did the same thing with her team to inform them on what was happening within the team and in the business.

“It’s culture change through communication, but it’s also about consistency,” says Thomson. “You can’t just write one newsletter or have one meeting or say you’re doing quarterly client reviews and then only do one. If you’ve got that website, you have to keep updating it regularly.”

She also had to be patient. “You really do have to build the belief that change is going to happen,” Thomson says, “because it takes a while for those efforts to pay off. It was six months before I started to see some traction.” But slowly, she started to notice important differences.

“I started to be in conversations at the senior level, and our technology strategy would come up, whereas before it wasn’t on the agenda,” she says. “Those leaders started to lean into technology.”

An early indicator of cultural change was that people in the business were beginning to come to us with challenges, opportunities and projects.”

Culture and perception improved gradually, but there was still a need to increase overall skills on Thomson’s team. While her instinct may have been to import some critical talent to supplement, the onset of the pandemic made hiring impossible.

“We decided to take a new, varied approach to training,” says Thomson. “We did online training focused on specific skills, like virtual academies to upskill in AI. We also relied on our major technology partners, leaning in and asking how they could help. They provided us with some important training and opportunities for certifications.”

Indirect learning opportunities from outside the organization were also essential, says Thomson. “You can learn a lot by talking to people in other industries, so I’ve also made it a priority for our team to attend events. Not just webinars, but real networking events where they can talk with other people in similar situations.” Thomson also connected key members of her staff with outside mentors and took on more direct coaching herself; she encouraged it from her peers across the C-suite, as well.

An emphasis on education also fed into Thomson’s work around cultural development. “We want to celebrate learning with the whole team,” she says, “so when someone gets a certification, we make a big deal out of it.” The stronger culture also meant that team members were more open to collaboration, which helped them teach one another. And, critically, Thomson created and highlighted opportunities to apply new skills to real work for the business. “I showed the team that we are going to use that certification to build this piece here and that one there, so they can see the real value in it.”

“I knew there were pockets of talent that we could bring up. But everyone I asked to step up, performed. It’s amazing how much they were able to step up when they were given the confidence and opportunity to do it.”

The hard work of Thomson and her team is starting to pay off in substantial ways for the business.

“We’ve done a lot of great work bringing efficiencies, and we’ve dramatically improved the performance of our BI platforms,” Thomson says. “This has given our staff more data at their fingertips; that allows them to know exactly how their clients’ media campaigns are performing.”

Growing skills across the team have also allowed them to take some leaps in the automation space. “As an example,” she says, “we took one client’s monthly reporting time from 1,000 hours down to ten minutes. The impact has been enormous.”

The technology team has also been able to take on some innovative projects for clients that wouldn’t have been possible before the transformation. “We built a media-tracking dashboard to provide COVID-related visibility. It provides information about the pandemic by country, but also allows clients to track things like current media trends and even make predictions about future trends.”

“We were also shortlisted for a WPP technology award,” Thomson says with the well-earned pride that was once missing from MediaCom Technology.

And Thomson herself has been transformed by the last year. “The experience has taught me that you can take people a lot further than you think. I’ve learned that you can get so much more than you expect by investing in internal talent. It’s been an amazing lesson.”

Special thanks to Nadine Thomson and MediaCom.

by CIOs, for CIOs

Join the conversation with peers in your local CIO community. 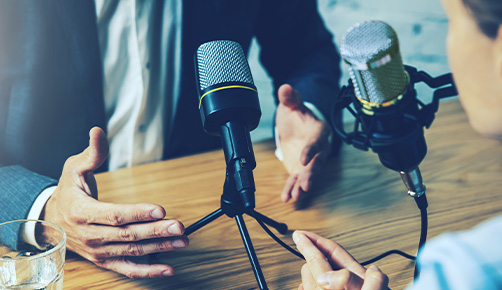 In Evanta’s The Next Big Question podcast, we ask C-level executives from the most innovative companies a pressing business question to learn how they are tackling it within their organization. Listen as executives from Staples, JLL, Warner Music Group and Delta Air Lines address the biggest question facing their role today. 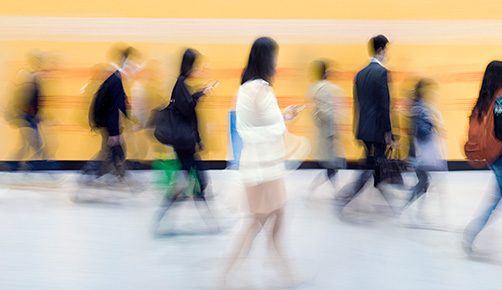 Being a Force for Inclusivity as an IT Leader

As the Chief Enterprise Architect at Intuit, Geeta Pyne gives visibility into the business and how it’s running. While she builds an innovative digital foundation that allows for fast adjustments when needed, her passion is in carving out spaces for women looking for jobs in technology. 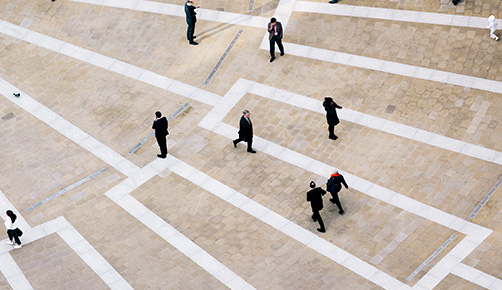 What CIOs Think About the Talent Shortage

Recently, we noticed a common thread across CIO community discussions – a desire to talk about talent. We asked CIOs in our community pulse survey if they are experiencing a talent shortage – here are 4 key findings from more than 200 CIOs who participated.